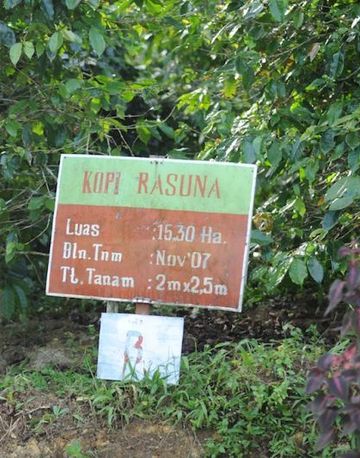 Wahana Rasuna
Rasuna is told to be a hybrid between Catimor (HDT & Caturra cross) and Typica originated in Sumatra. Catimor is known for its disease resistance but has a shorter life span of about 10 years however Typica was known for its low yield but much longer lifespan. Combining the two varietals was aimed to retain yield as well as production lifespan therefore Rasuna varietal is created. Rasuna is one of the most popular cultivar that is planted in Sumatera. Rasuna is planted in Wahana as a control (to see how other variety ranks up to it). Furthermore we are also keen to unlock its full potential as a result of cultivated in a conducive environment.