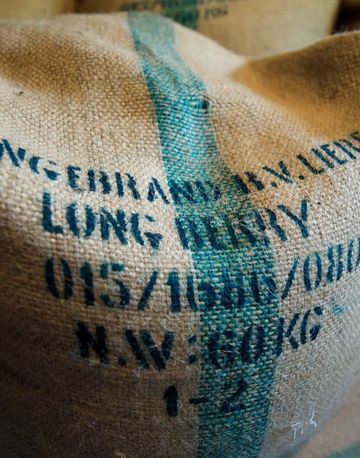 Wahana Estate established in 2005 is located in Lae Mungkur village, Sidikalang sub-district, Dairi district, North Sumatra – Indonesia; at altitude of 1,300 – 1,500 m above sea level. Sidikalang is one of the most popular coffee producing regions in Indonesia.

Wahana Long Berry
Longberry variety is said to be name after its appearance. The size of this Wahana Longberry is relatively long and thin in comparison with other variety. Longberry variety was thought to be originated from Ethiopia because of its similarity to Longberry harrar (a natural mutation from Typica variety). In Indonesia, Longberry was known to be grown only in Aceh but years ago we decided to bring the coffee to Lake Toba area and grow it in our own farm for trial. Today we are pleased to find that it developed a profile that is unlike the Aceh Longberry.